Inspired by his grandfather who has been in a wheelchair since the age of 20, designer Oscar Fernandez created the electric Independent Wheelchair Assistant to help users independently access their local communities in a safe and easy way. The design utilizes the user’s own wheelchair, acting as a true assistant and eliminating the need to constantly transfer between other devices like scooters or power chairs. Hit the jump to check out its unique functionality.

The user attaches to the device from the rear via a small bracket that must be attached to the wheelchair. The bracket slides into the back of the IWA, lifting the two front castor wheels of the wheelchair off the ground. The bracket locks into place, securing the chair and transferring the weight evenly across the four large wheels of both the IWA and the users’ wheelchair. Equally simple controls allow the connection to be made or released with the press of a single button. There’s even a headlight for night riding! Posted by Despard at 1:03 PM No comments:

I’m not a huge fan of voronoi patterns, but I think the randomness works really well for this modern, one-of-a-kind window design. The Plant Window is constructed of a number of planter boxes that together create a natural curtain that filters sunlight. Simply plant your favorite succulent or veggies to transform what would be an ordinary window into a wall of green and sunlight. Yanko Design
Timeless Designs - Explore wonderful concepts from around the world!
Yanko Design Store - We are about more than just concepts. See what's hot at the YD Store!
(Window Gardens was originally posted on Yanko Design)

Posted by Despard at 1:02 PM No comments:

Interesting view on the value of Design, and if you get into its mindset could make you very succesful. Craig Despard

http://www.smh.com.au/opinion/sometimes-solving-lifes-problems-is-better-by-design-20120120-1q9v3.html
Posted by Despard at 8:43 AM No comments:

martyn_evans: Remember the Motorola StarTAC? The evolution of the mobile phone: http://t.co/baKCpY6n

The History of the Mobile Phone

If you are interested in Masters courses then you should start looking around. Below is an email you may be interested in from the RCA MA in Design Products.

We would like to invite you and your students to an Exhibition of Work In Progress of Design Products students at the Royal College of Art from 1st - 6th February (10am - 5.30pm daily). There will be work by research students and those on the MA course. Students and staff will be available for questions during the show.

As this year our Open Day took place before the Work in Progress Show, we are able to extend the application deadline to 13 February.

Please see the links below to access information that may interest you:


Should you have any further queries, please do not hesitate to contact us.

Core77 speaks with Father and Son, Alessio and Giovanni Alessi about working for the family

Core77 speaks with Father and Son, Alessio and Giovanni Alessi about working for the family: 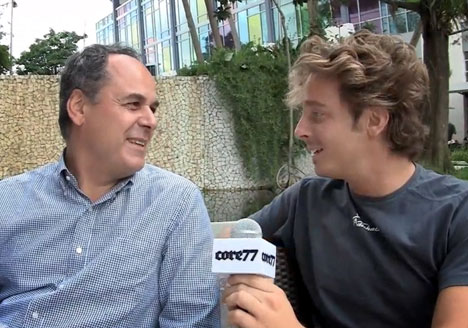 At Design Miami, we had the opportunity to sit down with Alessi's President Alessio Alessi and his son Giovanni Alessi Anghini, an industrial designer. Traveling with their family, they were on the last stop of a U.S. trip to celebrate the opening of a new retail space for Alessi in the Miami Design District. Giovanni is one of four children and the first of the fourth generation to start working for the family business. I was surprised to learn that there are no in-house designers at Alessi, just five engineers who work with a pool of 200+ external designers that are either commissioned, invited to participate in workshops, or have approached the company with their product idea.

Being born into a family like Alessi and choosing the path of a designer is both a blessing and a curse, on the one hand your exposure to design thinking and the design world is infinitely better than any schooling could provide but the expectations (both personal and public) that come with the territory could easily be debilitating. Giovanni however seems totally at ease with the challenge and it's no accident. His father and uncles (the third generation) made a rule that their children had to prove themselves working outside the company before joining, and even then they have to apply, this also ensures they have the opportunity to explore other career options before entering the business. 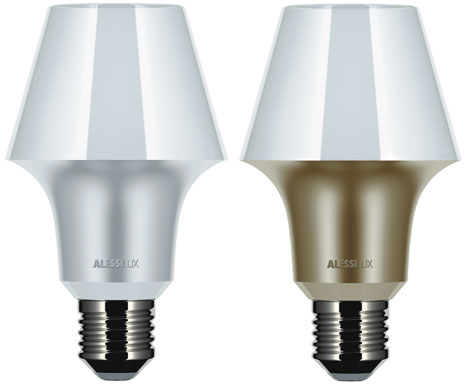 Shopping Assistant for the Blind

Shopping Assistant for the Blind:

The See assistive technology concept aims to alleviate some of the difficulties in the process of product consumption that affect so many people with visual impairments. The ingenious bracelet-to-headphone system allows the user to scan bar-codes directly from their wrist and receive real-time audio information about the product at hand. Using the tool, visually impaired users can now compare prices of similar items, understand technical data, and easily find the desired color of a product they are seeking. Yanko Design
Timeless Designs - Explore wonderful concepts from around the world!
Yanko Design Store - We are about more than just concepts. See what's hot at the YD Store!
(Shopping Assistant for the Blind was originally posted on Yanko Design)

A “sculptural playground” in Weisbaden, Germany conceived by architecture and landscape studio, Annabau was a 1st Prize winner in a 2009 landscape competition and recently completed last year. The retrofitting of the “Schulberg” in Wiesbaden, Germany creates a new extraordinary public space. The play- grounds outstanding architectural design, overlooking the city center of Wiesbaden, is attracting people of all ages and ethical backgrounds to meet and communicate through the action of play. The heart of the new public space is constituted by an artistically and ambitiously shaped playground consisting of a large spatial structure. The main element is a spatial sculpture consisting of two green steel pipes winding and floating in between inven- tory trees, leveling in distance and height. In between this structure, a tensed climbing net is creating a loop – a continuous sequence of gaming activities for children and teens. The entire sculpture is 35m in diameter. The inner ring holds a length of 107m and the outer ring a length of 120m. In some places the steel construction is cantilevering up to impressively 15 m. The structure does not exceed the height of 3 m to fulfill the safety for playground designs. An elegantly rounded curb follows the pentagonal shape of the playground and separates the playground from the boulevard.