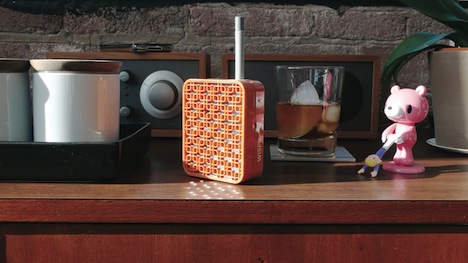 The Wispr recently hit the market and has given a previously untapped segment of the smoking population something to shout about. The Wispr is a new product from the world's leading manufacturer of portable herbal vaporizers, Oglesby & Butler, designed by the groovy folks of Thing Tank in San Francisco. After some serious design research on usage and feedback on Oglesby & Butler's successful IOLITE vaporizer, Thing Tank went to work, improving on the original technology and transforming the form. Explains Chris Luomanen, Principal of Thing Tank:

From a form perspective, this is a dream brief for a product designer. It's a category that doesn't know what it looks like yet. When radios first came out and people made them look like churches and fireplaces because nobody knew what a radio looked like. 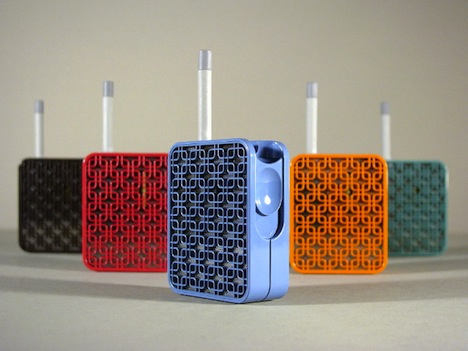 The butane-powered catalytic heater uses a grill to disperse heat which presents a challenge in keeping the vaporizer cool. Instead of burning the herb, it heats it to a temperature that vaporizes the active elements and creates a vapor that users inhale. Luckily for users, according to a recent NYTimes article on vaporizing, "Vaporized marijuana is virtually free of whatever toxic properties come with burning the plant," said Dr. Lester Grinspoon, an associate professor emeritus of psychiatry at Harvard Medical School."

Read on to hear more from Thing Tank about the design process for the new Wispr and check out their rad video with Sequitur Creative on how to use it.