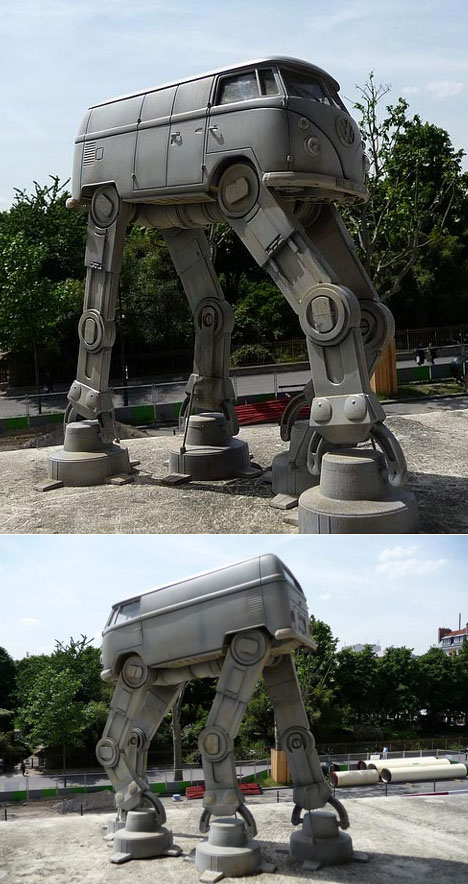 In a move that many business analysts have dismissed as poor judgment, the Volkswagen Group has decided to partner with the Dark Side of the Force following the success of their earlier Superbowl ads. The new Volkswagen Magic Bus AT-AT is expected to clomp onstage at next week's Geneva Auto Show to (literally) destroy the competition.

Seriously though, after seeing those photos recently resurface—they first started making the blog rounds in 2009 before cropping up again last week—we've been trying to track down the original source to determine if it's a Photoshop job or not. While unable to find a conclusive answer, in the process of searching we stumbled upon a French website called Calcruiser whose raison d'etre appears to be Photoshopping Volkswagens. 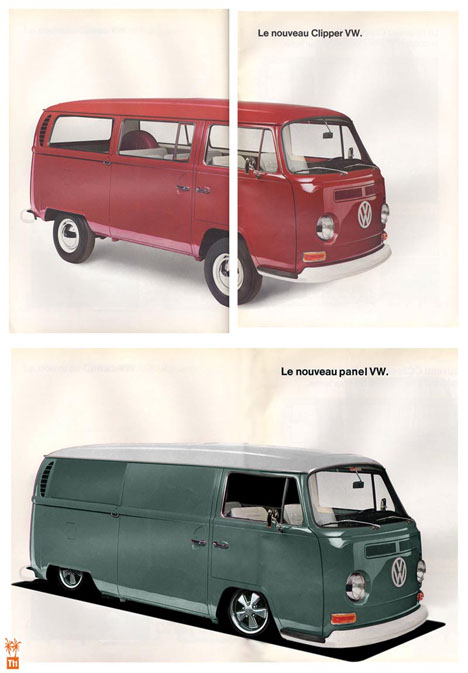 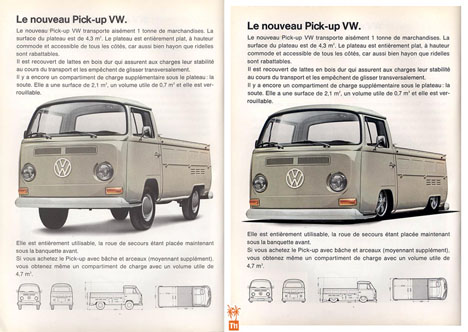