TikTok/LunaTik update: The clock winds down on the watch that kept winding up

TikTok/LunaTik update: The clock winds down on the watch that kept winding up: " 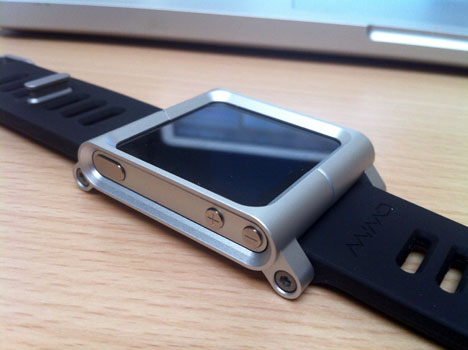 The Kickstarter pledging period has ended on Scott Wilson and MNML's TikTok/LunaTik iPod Nano watch kits, announced with the understatement of the century: 'This project successfully raised its funding goal about 11 hours ago.' The funding goal was $15,000. The pledged amount was $941,558, so it was overshot by, oh, $926,558, and it's the most successful project in Kickstarter's history.

You'd think Wilson would be somewhere in Mexico by now sporting a fake moustache and a huge suitcase--maybe I'm just projecting my own fantasies here--but instead he's on the ground in Hong Kong, getting the manufacturing ready to go. (Read our earlier Q&A with Wilson here.)

Your correspondent has received an advance edition of the LunaTik (seen above and yes, I pledged) and viewed up close, this thing is suh-weet! The hot-stamped and CNC'd aluminum has an air of precision that seems like it should cost a heckuva lot more than the $69.95 it's going to retail for, and pledgers are getting it for a steal at just $50. With any luck the final production units will soon be making their way onto airplanes, cargo ships and wrists. Congrats again to Scott and MNML!

By the by, now that the pledging period's over, the watch kits can be ordered at their permanent website here.