The Future of 3D Printing: Mere Misnomer or Something More?

The Future of 3D Printing: Mere Misnomer or Something More?: 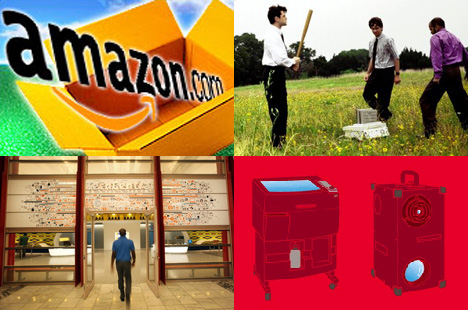 A couple weeks ago, I was curious to read yet another article about the much-heralded 3D printer revolution, "Crystal Ball Gazing: Amazon and 3D Printing." Only later did I realize that my skepticism from the outset betrayed my own confirmation bias that any remotely bibliocentric 3D printing story is based on the fallacious premise that ABS extruders will someday be as commonplace as inkjet printers. I happen to share TechCrunch columnist Jon Evans' opinion that additive manufacturing will not reprise the rise of 2D printing:


3D printing is not just 2D printing with another dimension added on. Yes, the names are very similar, but their uses are not even remotely analogous. We may reasonably conclude, therefore, that 1) 3D printing will not recapitulate the history of 2D printing, 2) as soon as you make an argument along those lines you lose all credibility and look like an idiot.

Evans' rant is a fair assessment to be sure, but it has little to do with the gist of the opinion piece, which postulated that Amazon is uniquely positioned to pioneer an on-demand 3D printing business model. VC Theodore F. di Stefano writes:


I'm not sure if Amazon would venture into manufacturing, but we do have a new industrial revolution on our hands today... Why would Amazon be interested in 3D printing? My guess that Amazon might be interested is because it is currently adding warehouses throughout the United States with a not-so-long-term goal of being able to offer same-day delivery to its customers. With warehouses strategically located throughout the country, it would be able to set up 3D printing facilities within them, thus making three-dimensional products (manufactured products) conveniently available to major population centers.

From the outset, di Stefano clearly states that he admires Amazon not for selling boatloads of books but for extending its business model to include virtually every consumer product imaginable, and for investing in physical infrastructure in kind, citing their network of warehouses as a viable spaces for local fabrication. Jeff Bezos' billion-dollar idea, after all, has far surpassed its original domain of books, and as a web company that deals in physical inventory, Amazon's economy of scale marks a unique opportunity for distributing 3D-printed white label products... assuming, of course, it's profitable. This, of course, is di Stefano's hypothesis, where Amazon is less a bastion for publishing (2D or three) and more a massive online marketplace.

And to bring the argument full circle, design veteran Kevin Quigley actually made a similar point in an excellent essay contra blind optimism regarding 3D printing for the masses (which I've referred to before). Quigley recapitulates a personal history of digital fabrication to arrive at the conclusion that 3D printing will never be efficient (read: inexpensive) enough to come anywhere near the adoption rates of 2D printers. Rather, he speculates that the technology might be best suited for a megaretailer like IKEA... reaffirming di Stefano's case for Amazon.

Yet Evans' point stands: "...use cases, adoption rates, economic impact, etc., will be nothing like those of the 2D printers you know and love (or, more likely, hate). Yes, even though the names are so similar... please stop using that ridiculous and thoroughly inaccurate analogy." In this sense, Amazon's unmatched scale is precisely why it doesn't make sense for them to pursue 3D printing, which is far more suited to small batches of niche or otherwise custom production runs. A far-reaching distribution network is not perquisite... rather, accessibility is paramount.

Which leads us back to Phillip Torrone's suggestion that we ought to "rebuild and retool public libraries and make 'TechShops,'" per the title of a March 2011 blogpost on Make. "To me, public libraries—the availability of free education for all—represent the collective commitment of a community to their future... a commitment to educating the next generation. [As such,] the role of a public library should also adapt over time, and that time is finally here." While reality has been slow to catch on—Make subsequently noted that Cleveland listened, as did Reno; we recently reported on Adelaide following suit—it's worth reading, as Torrone certainly makes a very thorough argument for repurposing the public stronghold of the printed word.