Carmine Gallo on the Root of Apple's Less-is-More Philosophy

Carmine Gallo on the Root of Apple's Less-is-More Philosophy: " 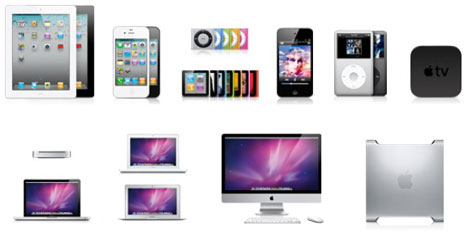 Relatively speaking, not that much stuff.

'It's extraordinary,' writes communications coach Carmine Gallo in Forbes, 'to think that the world's top brand has a product portfolio that could fit on a small table.' Gallo is referring to Apple, whose product line-up seems to be inversely proportional to the size to its profits, and serves as a good example of the things they didn't do.

Gallo is the author of The Innovation Secrets of Steve Jobs: Insanely Different Principles for Breakthrough Success and reveals a Jobs quote that explains Apple's relatively tiny number of products. (In another Forbes article on Apple's retail stores, Gallo points out that when the stores were first conceived, pre-iPod, Apple had just four major products to fill it with—two laptops and two desktops.)