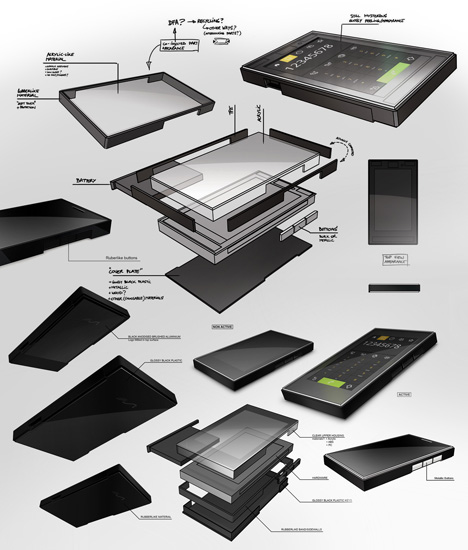 Core77 was proud to work with Aava Mobile to create two distinct design invitational challenges. In the first phase, we combed through the 200,000+ portfolios on our site Coroflot.com to find the 5 most creative thinkers and sketchers in the world of consumer products. Each created sets of scenarios articulating the potential use-case scenarios of the mobile device. The second phase challenged one of the phase 1 participants as well as an additional designer to create more refined, rendered concepts closer to production pieces rather than blue-sky concepts. Both of the designers took the challenge seriously (and with delight) delivering incredible work that was both rigorous and imaginative. Core77 could not have been happier with the results, and we are gratified to continue making strong connections between designers and manufacturers.

As a celebration of the success of phase 2, we are publishing the case studies from each of the designers to share some of their learnings from this design invitational. Thomas Valcke, a Belgium-based product designer shares his process below.

In concepting design options for the Lampi, the design challenge was to explore new form-languages for future Aava smartphone models and docking-stations. The hardware components and layout were setout beforehand so the challenge was a styling exercise: exploring forms and shapes to convey a certain kind of character and emotion. I began by exploring many form-languages (angular, organic, basic). After my initial exploration, it was clear that the challenge lie in styling an object that is nothing but a box without making the styling itself superfluous. 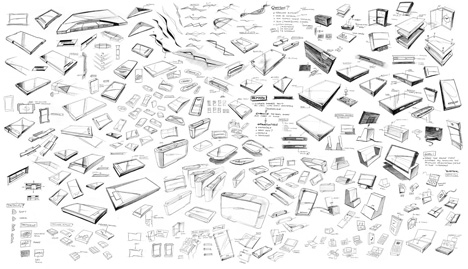